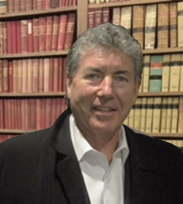 Bernie has undertaken numerous homicide and other serious criminal cases, as well as major civil litigation trials involving serious personal injury, corporate malfeasance, etc. He has also acted as counsel for various interests on a number of Commissions of Inquiry, both provincial and federal, including the Kaufman Commisson (re: Guy Paul Morin), O’Connor Inquiry (re: Maher Arar) and the Iacobucci Inquiry (re: E-Maati et al).

Bernie has received the highest rating possible from Martindale Hubbell, the world’s most trusted legal resource, as recognized by his peers for excellence in both legal ability and ethical practice. http://www.martindale.com/Bernard-F-OBrien/1319142-lawyer.html